A Hiccup takes your breath away. That’s exactly what we try to do…

Hiccup Theatre is a theatre company making work for children, young people and their families. We encourage them to Discover, Question, Explore, Create, Express, Laugh, Inspire and Be Inspired. 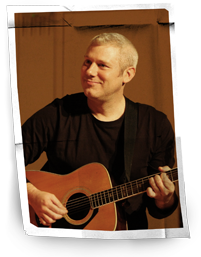 Ivan has worked in Theatre for 25 years as a Composer, Musician, MD, Sound Designer, Actor and Workshop Facilitator. He has created work for children and young people with some of the best children’s companies and theatres across the UK and is recognised as a leading artist in this field.

Ivan’s TV work includes Over to the East (Channel 4) BUG (BBC1 Millennium Eve) and for BBC Radio 4, Ivan composed the music for Wimmy Road and the Sony Award Nominated Blast.

We regularly work with: 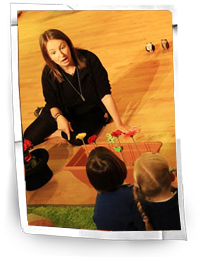 Sarah has worked as a Director, performer and theatre practitioner across the UK and Europe. She has committed throughout her career to creating work of excellence for young audiences. Sarah is the Artistic Director of Derby Theatre, a vibrant producing Theatre in the heart of the City, with a unique ‘Learning Theatre’ vision.

Previously Sarah was Artistic Director of The Point, Eastleigh, an exciting South East venue with an emphasis on supporting emerging/mid-career artists. Sarah developed a strong family friendly strand to the venue’s work and also launched The Berry Theatre in Hedge End, which has a focus on new writing and work with and for young audiences.

Prior to this role Sarah was Associate Director of Dundee Rep for over 4 years where she directed their work for children and young people and developed and managed the award winning Creative Learning Team.

In 2009 Sarah was awarded the Writers Guild of Great Britain award for the encouragement of new writing.

What people say about us:

“I thought it was fun and funny”

“Every bit grabbed you! We felt the wind, heard the music, felt the emotions, threw confetti at the wedding and laughed loads and loads”

“Really inventive, great for all ages”